Our military grade end to end encryption insulates you from data breach risks.

C2S encryption providers process, and store your unencrypted data in cloud servers. But many of these companies abuse your trust by spying on your data, and in some cases even manipulating your actions. In other words, these service providers are in the middle of senders and recipients with full access to our data and communications.

In case of E2E  encryption the service providers have no access to your data. In E2E ( one “end” is the sender and the other “end” is the recipient), encryption (lock) is performed locally on sender’s device and gets decrypted (unlock) only on receiver’s device. That means throughout the transfer process the data remains encrypted.

The most important point from a security point of view is that lock and key are never together in the entire transfer process. That means there’s no possibility of any intermediary to gain access to your data or communication. Embracing truly E2E encrypted solutions can insulate you from data breach risks and remove the possibility of intermediaries tempering or monitoring your data.

What is End-to End Encryption with DropSecure?

Every file you store, share or send via DropSecure is enabled with unique end-to-end encryption technology. In addition, every new file version saved on the DropSecure platform automatically regenerates a fresh encryption key. So you can be assured that every file is encrypted in real-time, using military grade algorithms before it leaves your device and cannot be decrypted until the recipient safely downloads the file at their end.

Benefits of End to End Encryption: 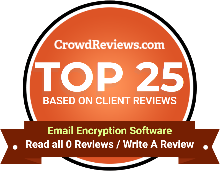 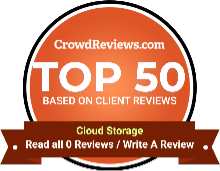